The brand new album Salvador is now streaming worldwide and is available on CD via the online store. 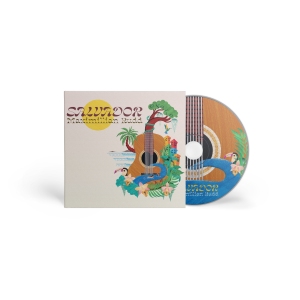 Hailing from Torquay on Victoria’s Surf Coast, Maximillian Rudd has carved out a name as an emerging exponent of the Brazilian seven-string guitar. The intimate bossa nova stylings of So Bad and the exuberant samba Total Football reinforce the notion that Brazil might be far from Rudd’s eyes, yet remains close to his heart.

From the New Orleans-inspired jilted love song When I Found Out, to the soaring vocal melodies of Come Sun and Sunset, Rudd has spent the past two years maturing his sound and honing his craft as a guitarist and singer-songwriter.

Track by track, Salvador traverses a spectrum of emotions, hitting on a nostalgia for South American folklore and the spirit of Brazil, which is a mainstay of Rudd’s style. All this is underpinned by blues and roots influences, culminating in a heartfelt tribute to the late Fats Domino in a ballad-inspired rendition of Blueberry Hill.